A few weeks ago, our Editor Deborah Kim wrote about the co-existence of digital and print media. This week, I want to explore how digital media changes not only the way we access literature, but also the way we write literature.

In the above TED talk, “Shake up your story,” Raghava KK describes his children’s book for the iPad, Pop It. The most intriguing aspect of this book is what happens when you shake it: the parents change between two fathers, two mothers, and a mother and a father. With this interactive feature, three different perspectives are presented almost simultaneously as they are all only a shake away. With each shake, only the parents change, revealing that the family interaction and the overall story do not depend on the sexuality of the parents. Rather, it is simply another perspective of the same story. Raghava argues that children should learn perspective as soon as possible because perspective is the key to empathy and creativity.

Raghava’s book reminds me of Margaret Atwood’s short story, “Happy Endings.” In this work of meta-fiction, Atwood begins with “John and Mary meet. What happens next? If you want a happy ending, try A.” She then presents multiple successive endings from A to F, separated by headings and line breaks. The multiple endings do not occur simultaneously; rather, the endings occur in the order you choose to read them.

In Raghava’s book, however, all the points of view are equal to each other because they are accessible within the same story. There aren’t three different stories for the three sets of parents. Instead, Pop It suggests that multiple versions of a single story are all valid. This idea might be confusing on the written page, but on the iPad, the timing is fluid and allows multiple perspectives while still providing the reader with an unchanging referential, such as the setting, to orient himself in the world of the story. 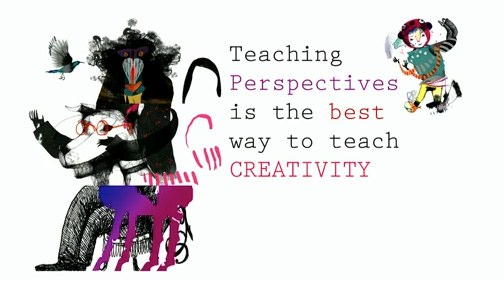 Raghava says that he ultimately wants to expand this idea of multiple perspectives to the political realm—for example, he imagines a story in which the Indian, Pakistani, and British perspectives of Indian independence are all represented. I can’t wait to see what kind of work will emerge from this idea, but I’m even more excited to see the new ways writers will use our current technology. While these new developments are great for children’s literature, do they have a place in the literary realm as well? I’ll be the first to admit that integrating technology and literature will result in tacky experiments. (I cringe at the thought of a short story that uses different fonts for each word and includes pop-up YouTube videos of kittens.) However, I also believe that embracing these new resources will allow for new literary growth, as experimentation has always done for literature: the lyrical short story, prose poetry, stream of consciousness. The influx of technology has already changed society; we multitask, we seek instant gratification, we prefer brevity. If people have changed, then it makes sense for literature to explore these changes in themes, settings, or contexts. I hope that we’ll also find a place for tasteful and insightful use of technological tools in not only the content of literature but also its form. 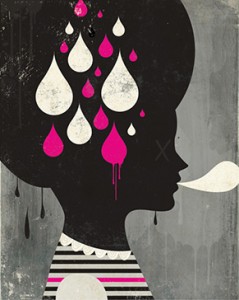 This integrated form of literature has the potential to become a new genre with its own loyal band of followers. For example, check out this experimental venue—bornmagazine. Bornmagazine’s pieces unite literary arts with interactive media; some are videos with poetry voice-over and some require user participation. Personally, I prefer the more interactive ones because so many of them are haunting, bringing you into the story in ways that text alone cannot (I recommend “Shirtless Others” by Jason Ockert and Matthias Dittrich). Interestingly, most of these pieces include links to an iPhone version, suggesting that this type of literature will not be limited to certain devices. So what could we call this new genre? iPad literature or flash media literature does not cover the full range of possibilities. Interactive literature? Multisensory literature? Multimedia literature? Whatever you call it, it has potential.