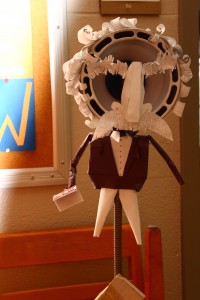 It’s important to have a distinctive hairstyle if you want to be remembered by future generations.  One of literary history’s more memorable hairstyles is that of Mark Twain, whose wisdom and social acumen were most likely contained in those impressively bushy locks.  As Twain grew more successful, his moustache grew accordingly, finally all but eclipsing his mouth in its enthusiastic (but perhaps somewhat misguided) attempt to fill his face.  The archetypical wise old man indeed.  And who better, then, to remind us to flaunt our own individuality?  Though Twain might have found some of the last century’s hairstyles confusing, he was definitely a fan of the moral superiority of the thinking individual, as opposed to the often idiotic and cruel morality of society as a whole.  So, in the words of Huck Finn, “I ain’t a-going to tell, and I ain’t a-going back there, anyways. So, now, le’s know all about it” (The Adventures of Huckleberry Finn Chapter 8).  Mark Twain reminds us that if we are ourselves, and if these selves know profoundly what is good, we too can have impressive facial hair when we are old. 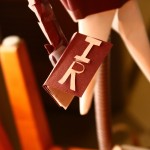