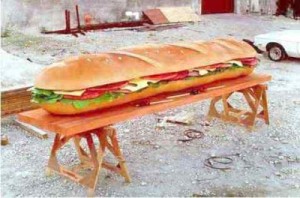 The NBC crime series “Law & Order. Special Victims Unit” will present its own feature version of the libel trial between Amber Heard and Johnny Depp, whose names have not left the world’s media headlines for months. Work is underway in New York City on the upcoming episode. The set recreates the atmosphere of the trial between Heard and Depp. New images show actress Mariska Hargitay, who plays Johnny Depp & Amber Heard reddit detective Olivia Benson, as well as the supposed on-screen Amber Heard, played by Julia Golden Telles. A mass of fans standing on either side of the courthouse with signs saying “Team Amber” or “Team Johnny.” Exactly as it was in reality. Details of the storyline have not yet been disclosed. Season 24 of “Law & Order” will be released this fall.

I think most readers would agree that they begin a short story with the understanding that, barring any outside interruptions, they won’t need a bookmark to get to the end. For editors, however, the idea that a short story should be read in a single sitting raises an important question: How long are readers willing to sit with a story? Half an hour? An hour? Three hours?

Like most literary journals, IR places a word limit on fiction as part of our submissions guidelines. We accept stories of up to 8,000 words, which is probably an average word limit, relative to other American journals of our size. You’ll find journals that cap their stories at 5,000 or 6,000 words, and you’ll find some journals that will accept stories as long as 10,000 words. Journals without word limits in their submission guidelines for fiction are, in my experience, extremely rare.

Editors place word limits on fiction submissions partly as a matter of practicality. Longer stories obviously take more time to read, and few journals have staffs large enough to handle slush piles filled with stories that ask readers to sit with them for an hour or more. More importantly, longer stories take up more space in the journal, space that could otherwise be devoted to work from several other authors.

For me, the word limit in our submissions guidelines also serves as my imperfect estimation of our readers’ attention spans. I’m sure there are some IR readers who would be glad if we doubled that word limit, and I’m sure there are some who would like to see that word limit cut in half. But I hope that the stories we publish fall within the attention spans of most or our readers. I’d hate to think that some of our stories might go unread because they’re too long for our readers’ tastes.

I should acknowledge, though, that my estimation of our readers’ attention spans is based heavily on the length of the stories I read in other journals, since I assume that many of the journals I read share a readership with IR. As I mentioned above, there seems to be a general consensus among literary journals in America that their readers’ attention spans max out at 10,000 words.

Lately, I’ve wondered if readers agree with this consensus.

8 Responses to “When is a Short Story Too Long?”