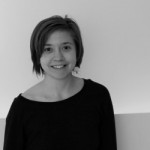 There are just over three weeks left to submit to the 2014 1/2 K Prize.  Before you find yourself panicking in front of a blank page take a few minutes to gain some insight from Caitlin Scarano. Her rich, assured “No Men in the Title, a Poem to Birds and Places” was a finalist for our 2013 1/2K Prize. Here she responds to questions posed to her about the prose poem form, discussing the distillation of language, the value of hybridity, and interrogating cliché.
How did the byline you included, “A crack in a boulder can never be an entrance to a cathedral”—a line from poet Eduardo C. Corral, inspire or otherwise inform this poem?
I was taken by that line because it made me consider how people can be born into limitations, for example, a cycle of abuse or poverty. There are some circumstances, places, histories, and experiences we can never fully transcend. Even if we overcome those circumstances, we cannot erase the influence and consequences of them. This is why my poem cycles in on itself and negates its own assertions. We cannot be what we are not. I am a product of my family and its history, which, metaphorically speaking, is more crack in a boulder than cathedral – nowhere near divine or pure – but beautiful and compelling in its own way.
Describe your process. Did you know, starting out, that this would be a poem directed “to birds and places”? If not, what was the process like for arriving at that realization?
I titled this poem after it was written. But I knew as soon as I wrote that first line (“Today is no day for poems about my father”) that the poem was simultaneous about the men in my family and the struggle to move on from them. So I let the poem take its course. Place comes up naturally when speaking about my family’s history. I believe my poems exist between imagination and reality, what I think of more as a dreamscape, which is comprised of the physical places I have lived, my memory of these places, and how I recreate them.
I think this poem also illustrates a constant internal struggle I have as a writer. I’m drawn to the same questions and themes that have concerned me since I was a child, but I also have the desire to surpass those themes for new, undiscovered poetic territory.
Are you drawn to the prose poem form? Why choose that form for this piece?
I’ve met poets who adamantly oppose the prose poem form. I don’t understand this. I think the prose poem has its own limitations, strengths, and possibilities, just like any other form. I’m drawn to the energy, momentum, cyclicity, opportunity for narrative, and distillation of language that good prose poems offer. As a writer, I’m interested in ambiguity, hybridity, and the gray, lyrical area between poetry and nonfiction. The prose poem is a way in.
The line, “Even the birds outside say they’re sick of being metaphors for abuse and desertion,” draws attention to cliché poetic connections between humans and nature. What would you say the value is in interrogating cliché?
My poetry is usually serious in tone and subject matter, but I try not to take myself too seriously. That line and the title of the poem are meant to be a little self-deprecating. I’m poking fun at myself and some of the pretentions and tropes of poetry: over used bird metaphors, daddy issue poems, and unnecessarily long titles, just to name a few. Clichés can be dangerous if we rely on them to convey a message or emotion instead of doing the work to convey that message or emotion ourselves. But clichés can also be valuable if we invert, stretch, or deconstruct them. I’m thinking of Art Spiegelman’s use of the Jews as mice metaphor (Hitler’s metaphor) in his graphic novel Maus. He destroyed the metaphor or trope, demonstrated its absurdity, by pushing it as far as he could. I think the same thing is possible in poetry.