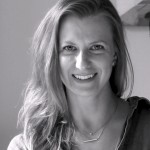 1. Your story “The Passeur” deftly mixes the personal with the political. Can you speak to the larger mesasge behind the piece? What drew you to this story?

I worked on humanitarian aid effectiveness for a few years with a Harvard think tank. We had a very close partnership with Panzi Hospital in Bukavu, DRC, which is doing phenomenal work caring for women and girls who are survivors of the gender-based violence epidemic in that region. There are definite heroes and villians in that conflict, clear victims and perpetrators. But there are thousands of others involved who are neither. These adjacent characters seemed like the best way to get at the complexity of the situation, and the everyday horror and injustice of living through it. If there’s a message, I guess it would just be: “It’s complicated.” That’s the only way I can justify choosing Oudry’s perspective, which I recognize is very problematic, given that I’m a white American woman. The Madame gets short shrift as an unlikable character, but she’s right when she says that everyone is important.

2. I love the way your piece builds to an ending that feels both surprising and expected. In terms of process, had you conceptualized the ending before you began writing or did it surprise you as well?

Thank you – that’s very kind of you to say. I knew Oudry would do something small but defiant, though I kept missing the mark. Two instructors helped: David W. Ryan passed on some Gordon Lish wisdom: “dilate the attractor,” meaning (I think) take the minor detail that attracts disproportionate attention and blow it up. And then Justin Torres teased out the thread of Oudry deeply resenting the video tapes as “ape-man narratives.” So the video cameras then became the attractor.

3. Who are some short story writers who inspire you? Why?

My list is a bit orthodox, but: Alice Munro – it goes without saying. Her stories are precise, idiosyncratic, inimitable and also universally relatable. She can write about my demographic in an unapologetic, urgent way that I desperately want to emulate. Jhumpa Lahiri’s medium is emotion – I’d love to be able to move readers the way she does. Denis Johnson: his language looks economical and austere on the page but it’s rhapsodic in the reading. Tobias Wolff’s stories are modest but solid. Lydia Davis: again, the authority – she’s just a bad bitch. And Mary Gaitskill. Also, of all the craft books I’ve read, Ron Carlson’s book, “Ron Carlson Writes a Story,” is the only truly tactical one and it has helped me out tremendously, especially when it comes to “surviving the first draft.”

4. Talk to us a little about what projects you’re working on now. What’s next?

A novel about the first eight years of the Puritan settlement in Boston. There are no witches in it. But other crazy, disturbing stuff happens.

5. Lastly, what words of advice do you have for 2015 Fiction Prize entrants?

I feel unqualified to give advice, since this is one of the first stories I’ve written and my first fiction publication in print. Maybe that’s the advice: regardless of where you are in your writing career, enter! I was incredibly honored to win. Thank you again.