Our 2016 Poetry Prize judge is the phenomenal Camille Rankine, whose first full-length collection of poetry, Incorrect Merciful Impulses, was published by Copper Canyon Press this month. Here, Rankine discusses themes in the collection, her obsession with the ocean, sound and silence in poetry, and what she might be looking for in the prize-winning entry. 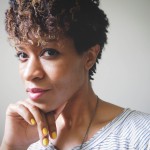 Camille Rankine’s first book of poetry, Incorrect Merciful Impulses, was recently published from Copper Canyon Press. She is the author of the chapbook Slow Dance with Trip Wire, selected by Cornelius Eady for the Poetry Society of America’s 2010 New York Chapbook Fellowship, and a recipient of a 2010 “Discovery”/Boston Review Poetry Prize. Her poetry has appeared in Atlas Review, American Poet, The Baffler, Boston Review, Denver Quarterly, Gulf Coast, Octopus Magazine, Paper Darts, Phantom Books, A Public Space, Tin House, and elsewhere. She is Assistant Director of the MFA Program in Creative Writing at Manhattanville College and lives in New York City.

Congratulations on the debut of Incorrect Merciful Impulses! It’s stunning. I was transfixed by the systems of nature and measurement, emotion, loss, and mechanics. Can you tell us about themes you see in this collection and your interest in them?

Thank you! And that’s a big question! There is so much happening in this book for me. One major theme, which comes through in the title, is the idea of there being a right and a wrong way to relate to others, and to one’s social and cultural context. I think we’re constantly being told how we should feel about each other, who is worthy of our sympathy and charity, who deserves our dismissal and contempt. And those messages depend so much on our history, our nation, our culture, how we fit into the system that surrounds us. So this collection exists amid all these messages, and the speaker is sorting through them, trying to figure out what to believe, and how to live and understand the world. I come from a family of immigrants, so I think I’m always looking at things a little bit as an outsider—I belong to more than one place, but I never entirely belong in one place or another. Having that kind of plural identity means receiving a lot of mixed messages, and it also gives me a sort of distance from it all, space to take these ideas and turn them over, try to make sense of what I’m being told and what these messages mean to me, and what they mean about the worlds I live in.
(Un)certainty seems to play a large role for these speakers. The language is often evaluative, yet the speakers seem to suggest revisions and/or multiple possibilities. To me, these elements create a direct, yet dynamic voice. How does uncertainty interact with the world(s) in these poems?

Here’s to uncertainty! It’s my natural habitat, at least philosophically. I tend toward ambivalence. So, fittingly, the poems here can’t always make up their mind. They’re concerned with what is possible and what might be, versus what is and what should be, and how those two poles interact and push and pull at each other. And they’re concerned with the unreliability of recorded history, of memory, and with everything that cannot be known about the past and the future, about each other and our own existence. So the speaker in these poems is trying to find footing in this unstable landscape, and at times reaching for the security that certitude offers, but the world won’t allow for it, and ultimately neither will the speaker’s own consciousness.

The sea frequents your collection, as does its shifting boundaries: skyline, shore. How does place influence your work? What is your preferred landscape and why?

Yes, the sea is everywhere! After a while I had to remind myself that the sea doesn’t have to be in every poem. I’m a bit obsessed with the ocean. Probably in part because I’m Jamaican and I have an emotional connection to it. But also because of its vastness and how small and insignificant it makes me feel. It’s beautiful in a sort of terrifying way, which is perhaps my favorite way to encounter beauty. It’s terrific. The same is true of the sky. I love to be under a big sky, to be reminded that I live on a planet, in a galaxy. But I live in New York City, so I don’t see much sky. Most of the time I see skylines, at best. This is definitely not my preferred landscape, though it’s my chosen home for the time being. I think this problem I have creeps into my work, and so there’s this quiet conflict in the book between the natural world and the urban, man-made environment.

I’ve read that you like to write at night in a spiderless place of quiet. I’d like to ask more about your writing process, particularly in regard to your poems’ compression and word/sound play. Are these reflected in the way you draft a poem, or revise?

Spiderless is definitely best—though I did manage to share a room with a few arachnids during a residency at the MacDowell Colony. One of them was extravagantly large and I named her Tamara. I also wrote during daylight at MacDowell, and finished poems with relative frequency, so the whole experience was a creative anomaly. But MacDowell had quiet in abundance, and that was essential. And in terms of the actual process and product, I’m very attuned to the way the poems sound. It’s certainly a part of how I draft a poem, and I can’t leave a poem until it sounds right. Music was my first love, and is still probably the most beautiful thing to me, so I’m attracted to musicality in poetry. But just as important as the sound is the silence that the sound enters, the space that the sounds make shapes around. That may be a part of my attraction to quiet when I’m writing. It also might explain my tendency to favor compression, and sharp, lean language. Maybe it’s just the kind of music I’m after right now in my work – like an a cappella soloist in an empty church. Or two voices in a duet whose harmonies are so tight they create an alarming friction and energy.

Recently, the poets on staff at Indiana Review reflected on the various things we like about poetry. What do you admire in poems and what might you look for while reading for our contest?

What interests me about poetry is the way it can communicate, how it can take the words we throw around every day and transform them, giving language to something we maybe hadn’t found a way to describe out loud before. Poetry can say all the hard things, all the things that you aren’t supposed to say in polite conversation. So I’m drawn to poems that have something to say—it can be something large or small, but I want to read a poem that feels like it needed to be written. That’s not necessarily to say that the world needed it, but that the poet needed to make it, that it was essential to the poet that they write it, that to suppress the urge to speak this thing would destroy them. And maybe to speak this thing destroys them a bit, too. I think that’s what readers are sensing when they describe a poem as urgent, and there’s something riveting about that kind of urgency. It takes you by the throat. It hurts a little. And I like that in a poem.

One Response to “Interview with 2016 Poetry Prize Judge Camille Rankine”