While we were anxiously awaiting to read your stories for the 2016 Fiction Prize, we interviewed one of the finalists of last year’s 2015 Fiction Prize, Jennifer Popa, on her short story, “The Lost Boys of the Shirley Marie.” If you’re looking fo 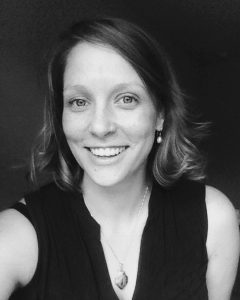 r some inspiration or some writing tips to get you out of a rut, continue reading below.

Jennifer Popa recently relocated from the interior of Alaska, where she did her MFA in Creative Writing, to the South Plains of West Texas where she is now a PhD student of English and Creative Writing at Texas Tech University. In addition, she’s made homes for herself in Seattle, Washington; Hiroshima, Japan; and all over the state of Michigan. She’s currently working on a collection of short stories, some of which can be found at The Citron Review, Green Briar Review, Grist, and Fiction Southeast.

1. The story is so strange and vivid that I couldn’t stop thinking about it after I read it. What was your inspiration for “The Lost Boys of the Shirley Marie?”

The vast majority of my stories are born out of an image or piece of language I can’t seem to shake. In this instance, I have a former student to thank for this image. In my first year teaching at the University of Alaska Fairbanks a student wrote about his time spent working on a fishing boat. He very casually mentioned the practice of chucking halibut hearts onto the deck and watching them twitch with his coworkers. While the Midwest summers of my formative years were spent babysitting, serving coffee or bussing tables, the teenagers of Alaska seemed to have a much rougher go of it. Though it was over a year before I sat down to write this story, that image was so visceral it had its hooks in me.

2. This story is filled with a lot of questions that are never answered which helps make it stick, like how does the Captain come to acquire these lost boys? I also can’t stop wondering where the name Shirley Marie comes from. How do you see these questions operating?

For me the wheels fall off when there’s too much intention. I have to get out of the way so that the story might bubble up as naturally as possible. I am most engaged with the process, and excited about the work when I don’t know what the hell is going on as I write it. If there’s surprise and discovery for the writer—especially in prose or works sustaining some kind of narrative arch—I think that tension lends itself to a similar experience for the reader. The problem with this is there’s angst in the not knowing, so my perpetual battle is in learning to sit with that discomfort even when it feels like catastrophe and I’m convinced of my impending doom. At their most basic level the questions are the fuel for the story, both in a generative way during its conception, and in the consumption of the ultimate product. I try not to put too fine a point upon answering them; the only goal is that the reader feel mostly satisfied by the end. Though I love being swept up by a Victorian novel, I’m not terribly fond of tidy endings because in some ways I’m unceremoniously ousted from the work itself and it ceases to exist beyond the page. When faced with answering the questions as a reader it makes me aware of my participation in the story, and reveals a bit about who I am as a thinker and human.

3. The environment of the Shirley Marie is so particular to the point where it seems very real but there is always that unrecognizable piece that is very surreal. How do you balance the line of keeping a story rooted in specific details and plunging into the odd or surreal?

I gravitate toward strange stories. For the academics among us I can riddle off a list of orderly little boxes my work might fit into: surrealism, domestic fabulism, magical realism, but while I’m curious about these distinctions with regard to craft, I don’t have much use for them when facing the blank page. Often in writing there’s a tendency to lean on visual or cinematic metaphors, so I tend to think of bizarre stories in relation to a camera lens. As writers we can zoom the lens and hone in on a particular detail, or we can draw back and get a wider sense of the scene. Sometimes in the worlds of peculiar stories it feels like that lens is being twisted to excess, or back and forth so quickly that everything is blurred and the reader is ultimately disoriented. She needs somewhere to let her eyes land. For me my fabulist tendencies are frequently offset by the physical body functioning as a landscape. While these spaces the characters inhabit are otherworldly, the story’s happenings are often grounded by the human form—whether it be tracing a birthmark or tonguing the raw pit left by a lost tooth. I suppose that functions as a counterpoint to the strange. Also, a story sometimes designs its own kind of logic as it goes. I believe unmoored energy is manageable so long as there’s grounding for the emotional core, and the reader is still able to make meaning.

4. Are there any books or authors out right now that you’re excited about and would recommend?

I read Diane Cook’s story “The Not-Needed Forest” in an issue of Zoetrope: All Story a couple years ago and poured over it, re-reading several times over the course of a week and passing it around to friends and faculty. She’s a good one. I also recently enjoyed Kelly Luce’s Three Scenario’s in Which Hana Sasaki Grows a Tail. Right now I’m mostly reading theory for school, but on my nightstand you’ll find Urrea’s The Hummingbird’s Daughter and Bernheimer’s anthology xo Orpheus: Fifty New Myths. I like narrative that makes me feel like my head exploded; I mean this in the most pleasurable of ways. I want to read the last line and feel both a loss that it’s over and bewilderment because I didn’t know you could do that in a story. The quintessential talents I return to often and much are Haruki Murakami, Toni Morrison, Kazuo Ishiguro, Italo Calvino, and Gabriel García Márquez. When I’m completely stuck in a writerly hole of despair I turn to fairy tales and poems as launching points for narrative.

5. Do you have any advice for writers preparing to submit to this year’s Fiction Prize?

I feel woefully unqualified to answer this question, but will say I think the old adage to submit your best work holds. The most important thing is to find a story you’re excited about, that still provokes a bit of wonder for you with each read. Then polish it up until you feel like you’ve done everything you can, and send it off into the ether. Now here’s the crucial part—forget about it entirely, and begin again.

Remember: The 2016 Fiction Prize judged by Aimee Bender is open until October 31st at Midnight. For more information follow the link here.