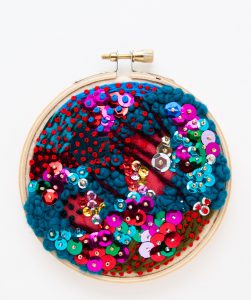 RollerCoaster Tycoon®: What Happened on the Second Millicoaster

A rollercoaster I built collapses (by accident!) and ﬁfty people die, horrible, burning, so the park shuts down. I keep playing in it, building new rollercoasters which run with empty carts. Nobody comes at all.

(It was the Millicoaster, I molded it to look like a millipede, with so many legs.)

One day, a girl walks through the antlered gates. She looks like my mother looked in old photos, when her hair was short, sun-browned. I hover my cursor over her head. I don’t click. I’m too afraid.

The girl walks up to the Millicoaster. Without my forcing her, she pulls herself into a middle car. The security bar descends to lock her. (I feel myself swallow, the lump in my throat sinking slowly.) The millipede pulls out, up the chain ramp. Empty cars, ahead and behind her.

Dozens of times, she rides (up into the air, down into the dark dirt-tunnel, under the waves). She gets out, and purchases her picture, taken in the middle of the drop.

And I save them all.

Come back, please, so I don’t have to make it stop.

I’m sitting in a chair, frozen shut. The ride doesn’t know when to stop. It goes on and on without her.

Rainie Oet is a nonbinary writer, Editor-in-Chief at Salt Hill, and the author of two books of poetry: Inside Ball Lightning (SEMO Press) and Glorious Veils of Diane (Carnegie Mellon University Press). They are an MFA candidate at Syracuse University, where they were awarded the Shirley Jackson Prize in Fiction. Read more at rainieoet.com.