Indiana Review is proud to announce the winners of our 2015 #IRHalfKPrize Twitter Contest! We received some amazingly creative tweets and enjoyed reading each one. After some careful deliberation we chose three winners who will receive an IR prize pack. END_OF_DOCUMENT_TOKEN_TO_BE_REPLACED

A work of art doesn’t have to be long to be good. Our ½ K prize proves that good stories, much like chicken nuggets, come in all shapes and sizes. Below are thirteen novels and epic poems you might have read, or pretended to have read, at some time or another. We want you to choose one and compress the whole thing into a one-tweet synopsis and send it to us @IndianaReview by July 22. Be sure to use the hashtag #IRHalfKPrize, too, so we’ll see it. Here are your options:

We’ll retweet the winners and runners-up, and award prizes. Our top choices will also get to see their tweets in a blog post on our website!

The three most gifted literary shrinkers will receive an IR prize pack of our favorite back issues and official IR beer koozies.

Good luck with your compressing! And be sure to submit to Indiana Review’s 2015 ½ K Prize. 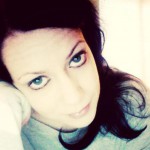 Seriously: I tend to write about two girls in various scenarios. They’re two actual girls at the same time as they are amalgamations. The poem is just a scene I’m shooting of them. It’s also about love. END_OF_DOCUMENT_TOKEN_TO_BE_REPLACED