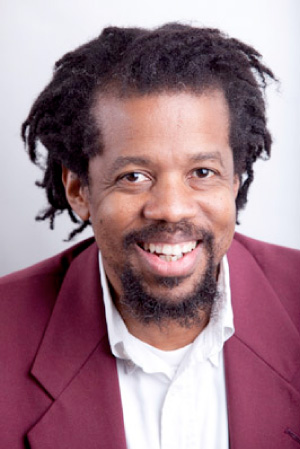 Indiana University Press are proud to present the Don Belton Fiction Reading Period, an exciting extension to our Blue Light Books partnership. Between May 1 and June 30, we will read fiction manuscripts of up to 80,000 words. The winning manuscript will be published by IU Press in trade paperback format as part of the Blue Light Books Series. The winner will receive $1,000 against future royalties and a standard publication contract with IU Press.

Charles selected The Devil and the Dairy Princess by Pedro Ponce as the winner of the 2020 Don Belton Fiction Prize!

As with our general submissions, we seek literary fiction that has an intelligent sense of language, assumes a degree of risk, and has consequence beyond the world of its narrators. We are drawn to vivid, fresh characters and plots we haven't seen before.

Before submitting, please note that all manuscripts must...

Further, IR and IUP cannot consider work from anyone currently or recently affiliated with Indiana University. This includes those who have studied or taught at IU in the past four years.

Reading fee: $25, which includes a year-long subscription to Indiana Review.

Don Belton is the author of the novel Almost Midnight (Morrow, 1986) and the editor of the anthology Speak My Name: Black Men on Masculinity and the American Dream (Beacon, 1996). His short stories have appeared in the African American Literature Forum, Indiana Review, and Breaking Ice: An Anthology of Contemporary African American Short Fiction (Penguin/Viking). He has written for Newsweek, the Philadelphia Inquirer, Advocate, Utne Reader, and the Corporation for Public Broadcasting. He has lectured in the Ivory Coast (sponsored by ARTS America/United States Information Agency), at the Sorbonne, and the University of Sao Paulo, Brazil. He has taught literature and fiction writing at the University of Michigan, Ann Arbor, Bennington College, the University of Pennsylvania, and Indiana University. His awards include a Lila Wallace International Travel and Research Grant, a Bellagio/Rockefeller Foundation Fellowship, a MacDowell Artists Colony Fellowship, and a Dance Advance/Pew Charitable Trust Grant for Dramaturgy.

Don’s death in 2009 was a great loss to his friends, family, and students, and also to literature. The Don Belton Fiction Reading Period honors his memory and his legacy as a fiction writer.

We invite you to listen to Ross Gay read his poem, "Spoon," over on the IR Bluecast. "Spoon" is dedicated to Don Belton, and appears in Catalogue of Unabashed Gratitude (University of Pittsburgh Press, 2015).

Charles Yu is the author of four books, including the novel How to Live Safely in a Science Fictional Universe, which was a New York Times Notable Book and named one of the best books of the year by Time magazine. He received the National Book Foundation’s 5 Under 35 Award, and was nominated for two WGA awards for his work on the HBO series, Westworld. He has also written for upcoming shows on AMC and HBO. His fiction and non-fiction have appeared in a number of publications including The New Yorker, The New York Times, Slate and Wired. His latest book, INTERIOR CHINATOWN, will be published by Pantheon in January 2020.

Thank you for trusting us with your submission. We look forward to reading your work!