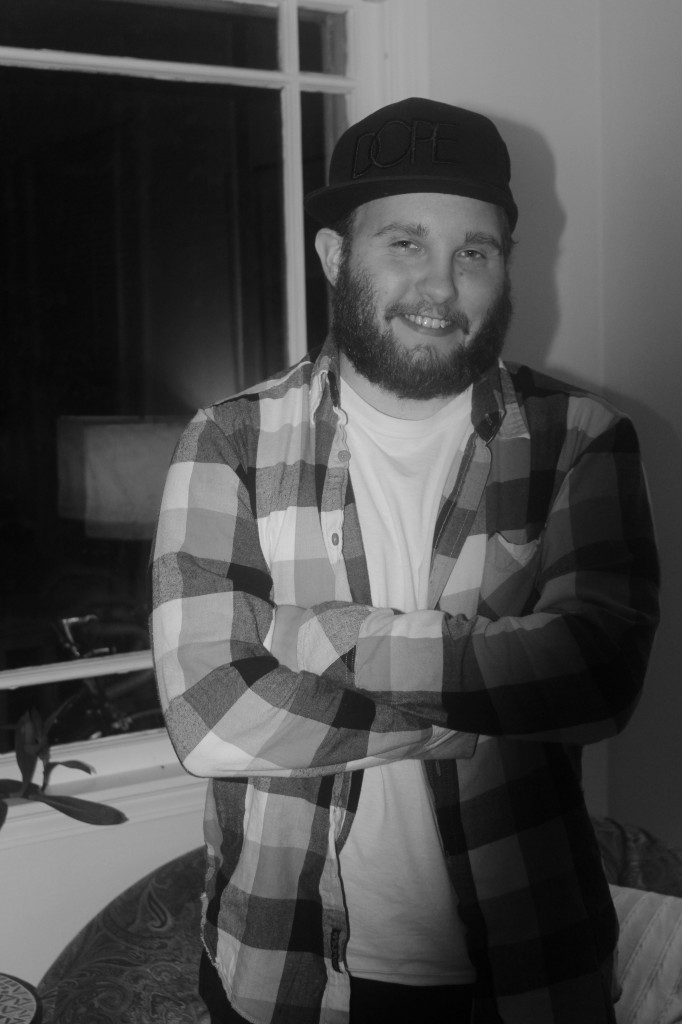 END_OF_DOCUMENT_TOKEN_TO_BE_REPLACED

At Indiana Review, we received the fabulous chance to interview former IR poetry editor Ryan Teitman. Ryan’s poetry book Litany for the City was published in March of this year. Read on to find out what inspired Litany for the City, how it came to be published, and Ryan’s perspective on the future of literary journals. 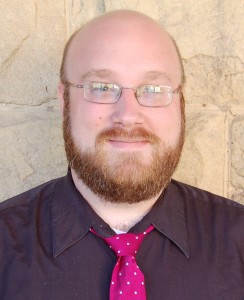 Tell us about Litany for the City. What inspired it?

It started out as a complicated love letter to Philadelphia. I was born there and grew up just outside the city. My whole family is from Philadelphia. I worked as a newspaper reporter there. And after I moved to Indiana for graduate school, I found I was writing about Philadelphia a lot.

But as I kept working, I started writing about cities in general. About what cities mean, how they work. The first draft of the book was very Philadelphia-centric. But then I stripped away some of the layers and found something much more interesting: an exploration of the idea of the city, with Philadelphia as my starting point.

What are your favorite parts/poems of Litany for the City?

My favorites change all the time, and I think that’s a good thing. “Philadelphia, 1976” will always be special because it’s the first poem of the book and because I wrote it all at once, in a kind of fury. “Circles” originally wasn’t meant for this book; I thought of it as the beginning of something new. But after some gentle prodding by Jane Hirshfield and the editors at BOA, I was convinced that I needed a new ending poem for Litany. In the last edit, “Circles” became the new final poem, and I love the way it closes things out.

How has the book been received? Do readers understand the poems in the way you intended them to be understood?

I’ve been fortunate to have some really smart reviewers write thoughtful pieces on the book. What heartened me most wasn’t that they said nice things (though that was wonderful), but that they had obviously spent a lot of time thinking deeply and critically about the book. They approached the book on its terms, not their own, which is what good reviewers do. I never conceived of Litany as an argument; I think of it as an exploration. And people seemed to build on that.

Is there anything in the book that you wish you did differently? Why or why not?

I’d like to think I’m a better poet now than a few years ago, so when I look at the poems in Litany, there are certainly a few lines or images that I’d like to tweak. But that’s part of what I love about the book—it’s not perfect. It’s my first book, and hopefully not my last. There are things I could make better now because I know more and have more experience, but there’s also a certain audacity that comes from being a young writer and not knowing any better. Some of the poems I love most from that book, I could have only written when I was young and didn’t know any better.

How did you go about getting this poetry book published?

I sent my manuscript to first-book contests and presses with open submission periods. I think sent it out about 20 times. The A. Poulin Jr. Poetry Prize from BOA Editions was the first place I sent the manuscript, and it was the prize that I won—when I submitted a heavily revised version a year later.

How has your life/career changed since publishing Litany for the City?

Publishing Litany certainly helped me to get my current job as the Emerging Writer Lecturer at Gettysburg College. I’ve moved back to Pennsylvania (my home state) and now I get to teach classes full of smart and talented students. I loved the San Francisco Bay Area, with its year-round beautiful weather and fabulous bookstores, but it’s nice to be back home near my family. Juggling a full-time teaching load with writing has been a challenge, but I’m learning how to fit everything into the day.

In your opinion, what does a good poem do?

I think Emily Dickinson said it best: “If I feel physically as if the top of my head were taken off, I know that is poetry.” I’ve felt it too as a sledgehammer to the chest or a pinprick through the heart. I remember one moment very clearly from when I was poetry editor at IR: I was looking through a copy of The Missouri Review and the issue included a poem by Traci Brimhall called “American Pastoral.” I read it, then stood up and announced to the editors and interns: “Everyone stop what you’re doing and listen to this poem.” They were slightly confused, but humored me. And I read them the poem. It felt important, like something they needed to know, like breaking news. I think that’s what the best poems do.

What was one of your favorite moments from being an IR editor?

The reading for the Funk issue of IR was one of the best readings I’ve ever been to. Pat Rosal, Aracelis Girmay, Tyehimba Jess, and Aimee Nezhukumatathil blew the roof off the Waldon Center with their funky poems.

Do you remember a time when you got really excited about a poem in IR?

When I was screening for the poetry prize, I read a poem called “Brazilian Telephone” and was completely astounded by it. It was weird and beautiful and scary—a poem about a group of kids who are about to hook their friend up to a motor home battery. The poem was by Miriam Bird Greenberg and we published it in IR that year. (Poetry reprinted it, when Miriam won a Ruth Lilly Fellowship.) Miriam ended up entering the Stegner Fellowship program at the same time I did, a few years after that IR contest, and when I finally got the chance to meet her, the first thing I did was gush (maybe a bit embarrassingly) about how terrific “Brazilian Telephone” was. She and I ended up carpooling to school together.

What do you think about the future of the publishing industry? Literary journals, specifically?

Despite the continual announcement of the death of literary magazines, there are still publications out there that do fantastic work. The Southern Review continually impresses me with its vibrant mix of established and emerging writers. I love The Missouri Review’s poetry features. Sycamore Review is a slim journal but its poems, stories, and essays pack a hefty wallop. I could name a lot more.

That said, literary journals are in danger. Many have shut down. Some have had the universities that sponsor them withdraw support. Others have had to move online. I don’t know if moving print journals online is a good or bad thing yet; it’s too early to tell. Of course it eliminates printing expense. And it’s much easier to get work to a wide audience online. But I’m not ready to give up on the book as a work of art. Just look at what they do at Ninth Letter, and you’ll see the amazing things a print journal is capable of.

To find out more or to purchase Litany for the City, visit BOA by clicking this link. 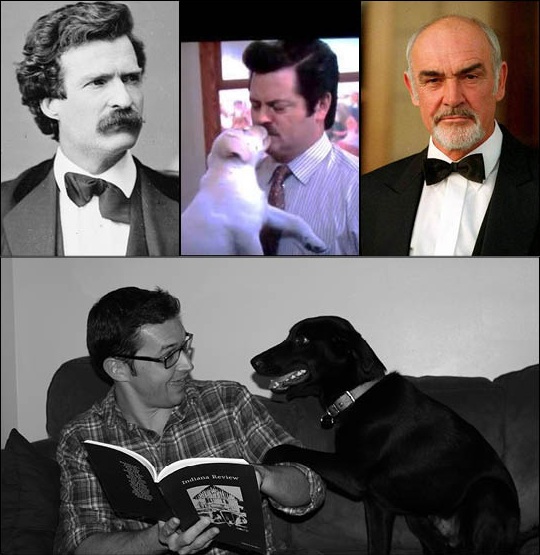 END_OF_DOCUMENT_TOKEN_TO_BE_REPLACED

We’re just past the halfway point of our submissions period for Indiana Review’s 2012 Fiction Prize, which will be judged by Dana Johnson, author of Elsewhere, California and Break Any Woman Down.  If you’re unfamiliar with Dana’s work, you should put down that copy of IR (just for a little bit) and pick up one of her books.

Recently, I got the chance to ask Dana a few questions about the many ways stories can succeed and fail, and about the importance of literary journals like IR.  My favorite line from her responses:  “I don’t have the patience for stories that are clever but have no heart.”

I’m going to have that printed on my business cards.

Here’s the entire interview with Dana:

END_OF_DOCUMENT_TOKEN_TO_BE_REPLACED

If you’re reading this blog post, there’s a good chance you’re already familiar with one of the most entertaining, informative, and energetic “voices” of Indiana Review. After only a few months as our Web Editor, Doug Paul Case has increased and diversified our online presence, as well as our readership, one hundred fold. Whether he’s tweeting, facebooking, updating our blog, adding audio recordings to our very own Bluecast, or making content from the IR archives available online, Doug Paul Case is doing it with enthusiasm and extravagance. Here’s a few things he has to share with us today. 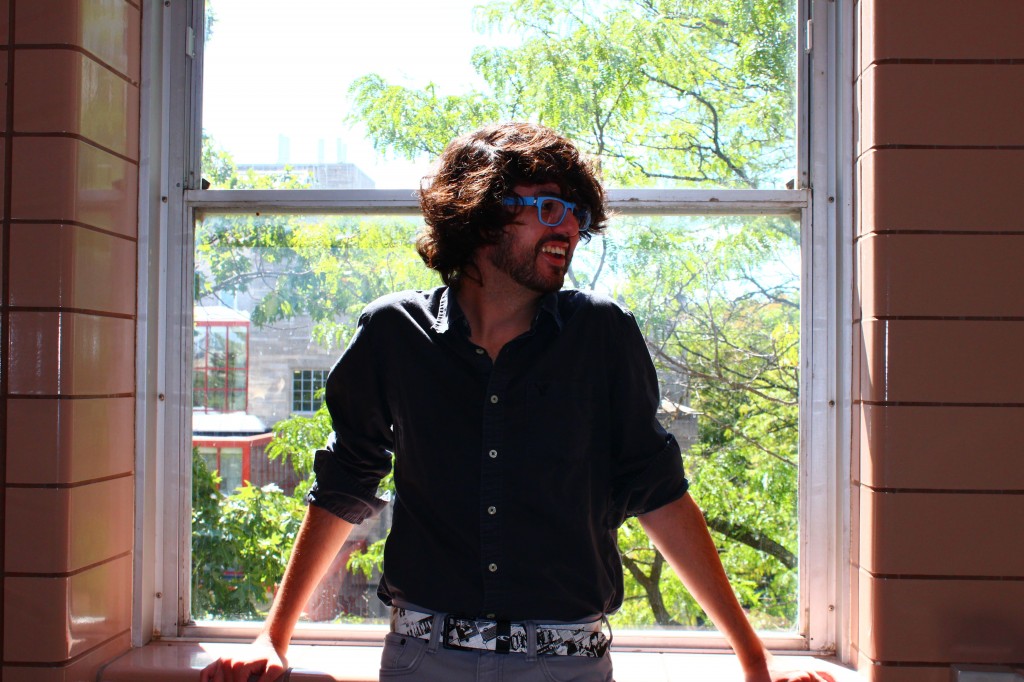